It’s not just The Incredibles 2! Here are a bunch of cinematic Part Twos that took their sweet time coming to theaters.

As The Incredibles 2 finally arrives, we thought it was time once again to take a look at a collection of sequels, of Part 2s, that took a hella long time to come out.

Attempting to resurrect yesteryear classics and create lighting in a bottle twice isn’t a new trend. It’s been going on a long time — even before the cinematic landscape was filled with franchises and movies designed, from the get go, to be the first entry of a quadrilogy. Even on TV, shows like Twin Peaks, Full House, X-Files, and Gilmore Girls are being “revived” more than a decade (or decades) later in order to recapture some of the original magic. But we’re talkin’ movies here, so let’s not clutter up the rec room. Also, we’re specifically focusing on the second installments, the Part Twos, so you won’t find films in here like seventh installment Force Awakens or the regrettable-in-retrospect fourth Indiana Jones flick Kingdom of the Crystal Skull.

So all that said, here’s a list of 13 notable movie sequels that took their sweet time to get here. 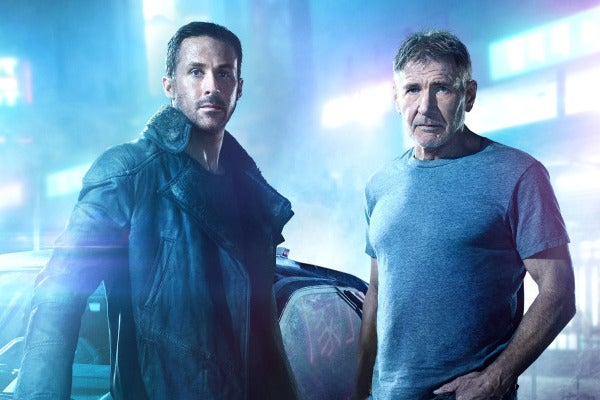 A 35-year gap between films may not have brought Ridley Scott back to the table as director (he produced though), but Harrison Ford returned as reluctant Blade Runner Rick Deckard for a new story involving an upstart Blade Runner, Ryan Gosling’s Officer K, and a conspiracy with the potential to plunge what’s left of society into chaos.

Twenty three years after horrifying audiences as Norman Bates in Alfred Hitchcock’s seminal work Psycho, Anthony Perkins returned to the role for 1983’s Psycho II, which saw Norman released from a mental institution only to discover that his motel had been transformed into a sleazy adulterous hideaway. You know, instead of the wholesome murder trap it was before.

Dumb and Dumber To

Not that a Dumb and Dumber sequel would have been better if it had come out closer to the 1994 original, but it would have at least made more sense than waiting 20 years later to catch up with Jim Carrey’s loony Lloyd and Jeff Daniels’ hapless Harry. And no, we’re not considering the 2003 Dumb and Dumberer prequel as anything worth counting.

Almost 20 years after 1971’s acclaimed The Last Picture Show (which itself took place in 1951), Jeff Bridges, Cybill Shepherd and director/writer Peter Bogdanovich returned for a follow-up featuring middle-aged versions of the original characters circling back into each others’ lives. As is usually the case with long-awaited sequels to classics, Texasville fared poorly with both audiences and critics.

Initially, The Two Jakes, a sequel to 1974’s Chinatown, wasn’t supposed to arrive 16 years later; more like 10 or 11. But the troubled production, which saw star Jack Nicholson replace writer Robert Towne as director, worked to delay everything. Due to the poor box office and dour critical reception, plans for a third J.J. Gittes mystery were scrapped.

Adapted from Arthur C. Clarke’s 1982 sequel novel 2010: Odyssey Two, this 16-year-later sequel to Stanley Kubrick’s existential masterwork, 2001, featured a more plot-driven story as the events of the first film were investigated while the mysterious Monolith caused tensions between the United States and the Soviet Union to escalate.

John Carpenter and Kurt Russell re-teamed, fifteen years after the dystopian cult classic Escape from New York, for an absurdist romp through hollowed-out Los Angeles as Russell’s cold and cool Snake Plissken was tasked with rescuing an awful president’s awful daughter from an all-new cesspool of decadence and lawlessness.

As an example of trying to milk an unexpected comedy hit way too many years later (see also: Zoolander 2, Dumb and Dumber To), Bad Santa 2 landed on our laps thirteen years after the original and was promptly ignored. Billy Bob Thornton returned as boozing, cussing thief Willie Soke for a new scheme that forced him, once again, to don the Santa suit.

In general, it seems audiences are pretty okay with the amount of time between Pixar installments as there was more than a decade between Toy Story 2 and 3. Likewise, no one was put off by the 13-year gap between Finding Nemo and Finding Dory as the latter, featuring the returning voices of Ellen DeGeneres and Albert Brooks, went on to gross more than a billion dollars worldwide.

As you can tell from the Breakfast Club-style poster shown above, the Texas Chainsaw Massacre franchise took a surprising left turn with its Part 2 as, some 12 years after the terrifying original film, we got a dark comedy. Yes, director Tobe Hooper was set on adding a bit of levity to Leatherface and his cannibal cohorts. A decision that infuriated the studio once it saw the final product.

The X-Files: I Want to Believe

Yes, X-Files is a TV series and the two movies that arose from the hype were essentially bigger-budgeted theatrically released episodes that were meant to be part of the canon, but there was still a massive ten-year span between the first one, Fight the Future, and the lesser follow-up The X-Files: I Want to Believe. All integral creative parties — Chris Carter, David Duchovny, Gillian Anderson — returned for this poorly received standalone story that should have been skipped.

Sin City: A Dame to Kill For

Striking while the iron was lukewarm at best, some nine years after the original Sin City in 2005, A Dame to Kill For boasted an impressive cast featuring new and returning faces, along with the film’s original directors Robert Rodriguez and Frank Miller (and a Miller book to adapt), but it landed with a bit of a thud. The Aughts’ love and appreciation for the green screen-stylings of Sin City and 300 just wasn’t around a decade later.

What other sequels took way too long to come out? Let’s discuss in the comments!

Matt Fowler is a writer for IGN and a member of the Television Critics Association (TCA). Follow him on Twitter at @TheMattFowler and Facebook at Facebook.com/MattBFowler.