Update: Epic Games has revealed the in-game fix, which is coming soon.

Update: Shortly following a fan’s discovery that four metal floorboards placed next to each other in Fortnite accidentally created a swastika in the popular battle royale game, Epic Games has already revealed its fix for the issue.

A representative for Epic Games provided IGN with an image, below, of the developer’s update to the floorboards, which will prevent this geometrical issue from occurring. 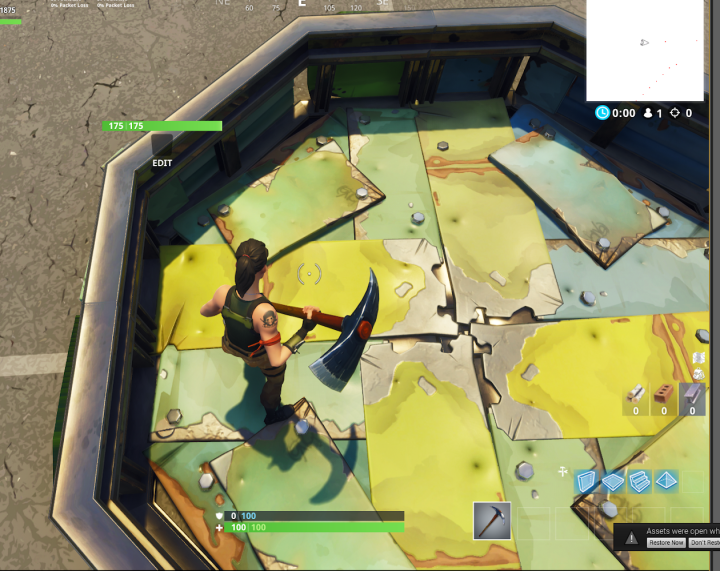 This image from an internal dev build and should be available as part of next week’s update.

Epic Games’ response comes only a day after a fan posted an image of the symbol being accidentally created in-game.

A swastika accidentally made its way into Fortnite, but Epic Games has already confirmed its intention to fix the popular battle royale game to remove it.

A group of players were recently building a dance floor when one of them looked down at four metal floorboards they’d placed next to each other and saw a swastika at the point where they met. An Epic Games representative noticed one of the players’ post about the symbol on Reddit and responded that the swastika would be removed from the game.

“Thanks for bringing this to our attention. This was unintended and will be addressed ASAP by adjusting the metal piece art,” the Epic Games representative wrote.

Responding to an inquiry by The Verge, Epic confirmed that it’s removing the accidental symbol to prevent other players from creating it in Fortnite.

While Epic moved to quickly remove the swastika from Fortnite, there’s another (far more benign) symbol it seems to want players turning their attention toward. Red skulls are currently being broadcast on in-game TVs, sending players into a frenzy of theorizing what message Epic is teasing.

Fortnite was announced for and launched on Switch during E3 last week and was quickly downloaded over two million times on Switch. The move kicked up a controversy when it was discovered PlayStation players were unable to carry their accounts over to Switch. Sony quickly issued a response to the backlash, but it did little to assuage fans’ concerns.

Nick Santangelo is a freelance writer based in Philadelphia. He loves video games and sports, but not sports video games. Follow him on Twitter.