By Kevin Lee and Mark Knapp

Budget gaming headsets are getting surprisingly good, as many borrow features and design language from their high-end gaming headset siblings. You can now find affordable headsets that feature plush memory foam, sizable speaker drivers with plenty of power, metal in their construction, clear microphones, virtual surround sound, and even wireless connectivity.

There’s no shortage of options in the market for budget gaming headsets, but that can make it tricky to pick. After all, not all of the headsets are created equal. Two headsets that look nearly the same can offer dramatically different audio performance, and the same can be said for build quality. But, we’ve spent many hours testing gaming headphones from the cheapest budget options up to some of the most expensive you’ll find. We know how good a headset can get, and we know when a budget headset is punching above its weight class. So, we’ve picked out some truly outstanding budget options so you can be sure you’re getting your money’s worth. If you’re browsing in the UK, click here to find out where you can to find the best budget gaming headsets.

TL; DR – These are the Best Budget Gaming Headsets: 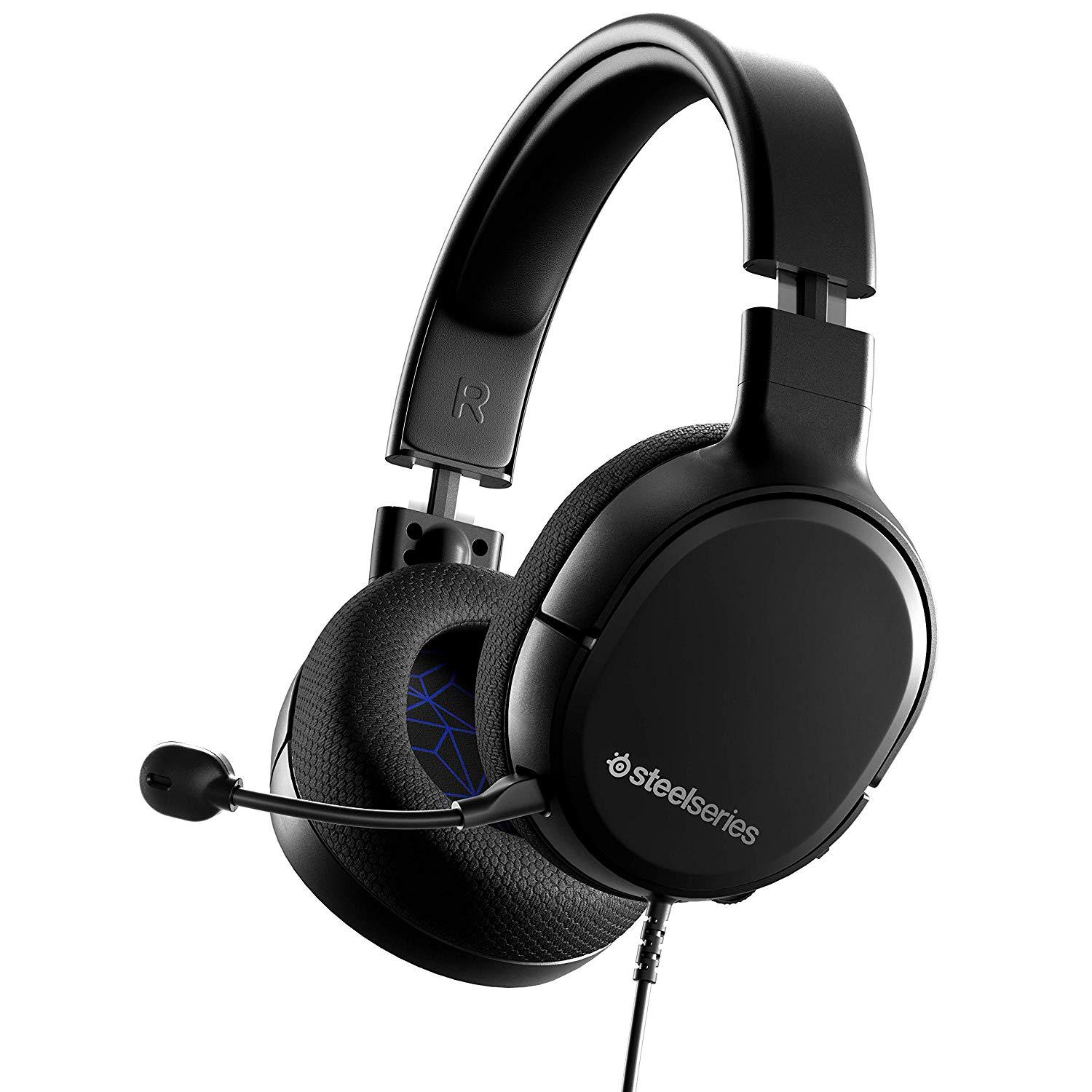 The SteelSeries 1 (read our review) delivers impressive and immersive audio for both PC and console gaming with its large 40mm drivers. Those large speakers afford it a large sound stage and plenty of flexibility to tweak the EQ to just how you like it. It’s proven itself to be just as capable for capable for music playback on an iOS or Android phone as it is for gaming.

Strengthening our recommendation is the fact that the SteelSeries 1 also happens to be one of the most comfortable gaming headsets we’ve ever worn. The SteelSeries 1’s Airweave fabric covered ear cups are plenty breathable so your ears will never get sweaty. Meanwhile, the cushioned headband ensures the headset never weighs too heavy on your head, making long gaming sessions uncomfortable. 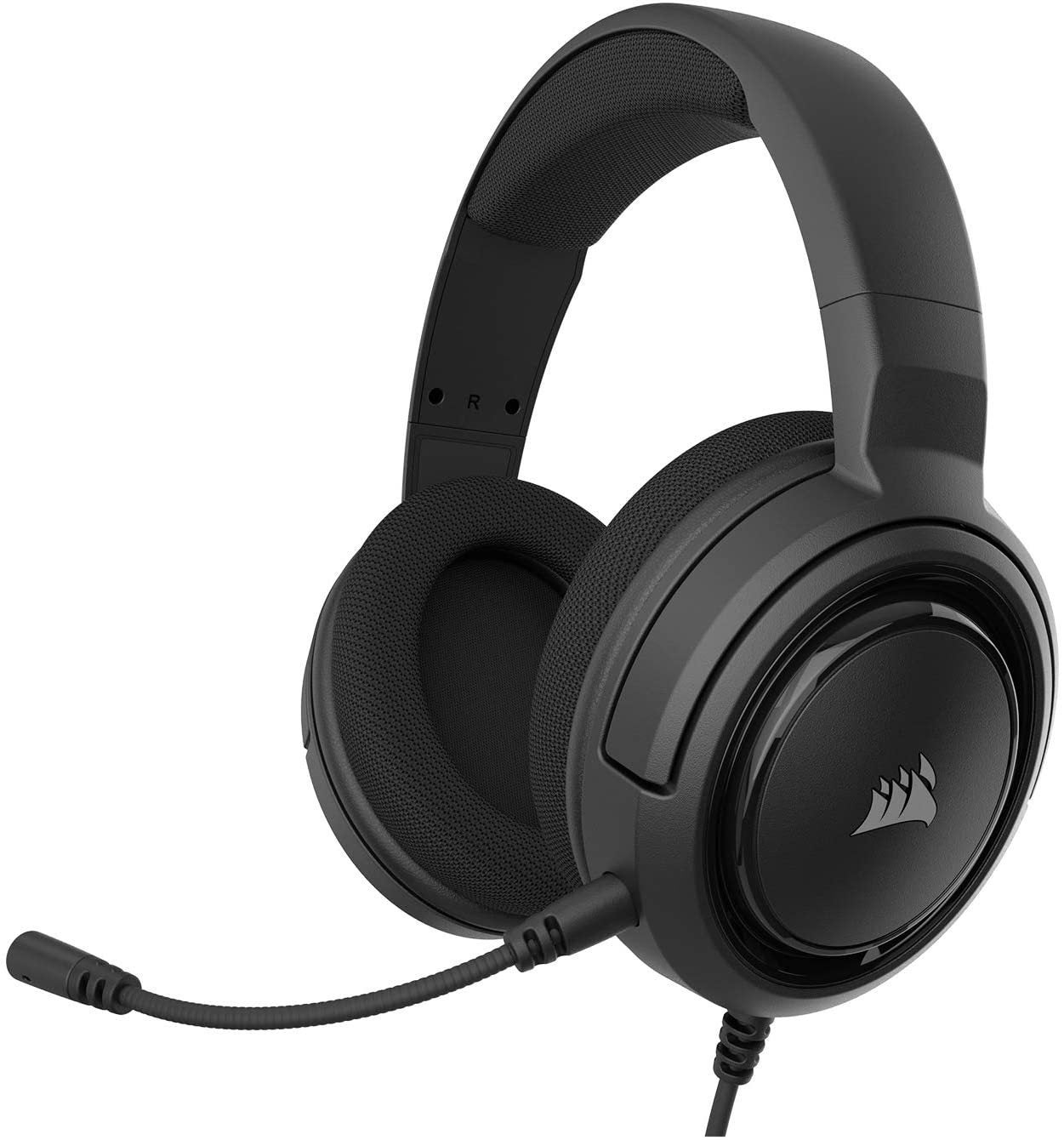 Corsair launched its very first ultra-cheap gaming headset, the HS35 (read our review), recently and it’s extremely good, especially for its $35 price. It’s only a stereo headset, so there’s no fancy surround sound, but you can’t really ask for more from this extremely low price point.

It fully cross-platform though, so you can use it on PC, consoles, and even your phone/tablet. Its large 50mm drivers deliver an expansive soundstage. Its flexible boom mic also delivers great sound quality and it’s Discord Certified too. That all said, the audio balance of the HS35 is only so-so due and the bass can be a little too heavy for my taste. There’s some give and take, but you won’t find a cheaper quality gaming headset than this. 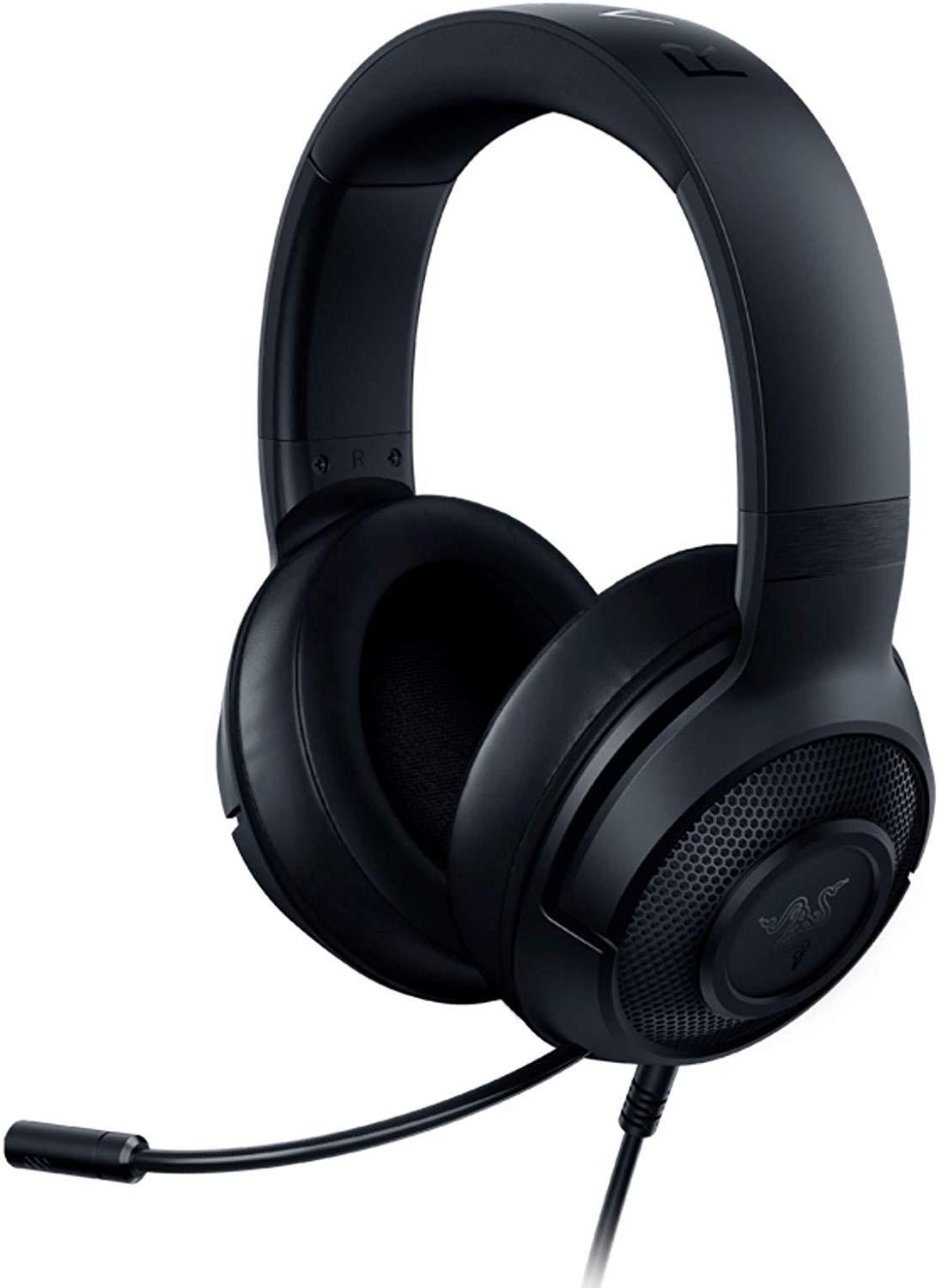 Not all of Razer’s products cost a fortune. The Razer Kraken X takes design cues from the more premium headsets in the Razer Kraken family and brings them to a more affordable price point. It pairs 40mm drivers with a software-based 7.1 channel surround sound to make your gaming experience more immersive. It also puts helpful controls within reach with a microphone mute switch and a volume dial on the back of the left earcup.

The headset itself is light at 250 grams, meaning you’ll be able to keep comfortable even during longer play sessions. Your teammates in online games will be comfortable as well thanks to the unidrectional microphone, which can cut down on keyboard noise. 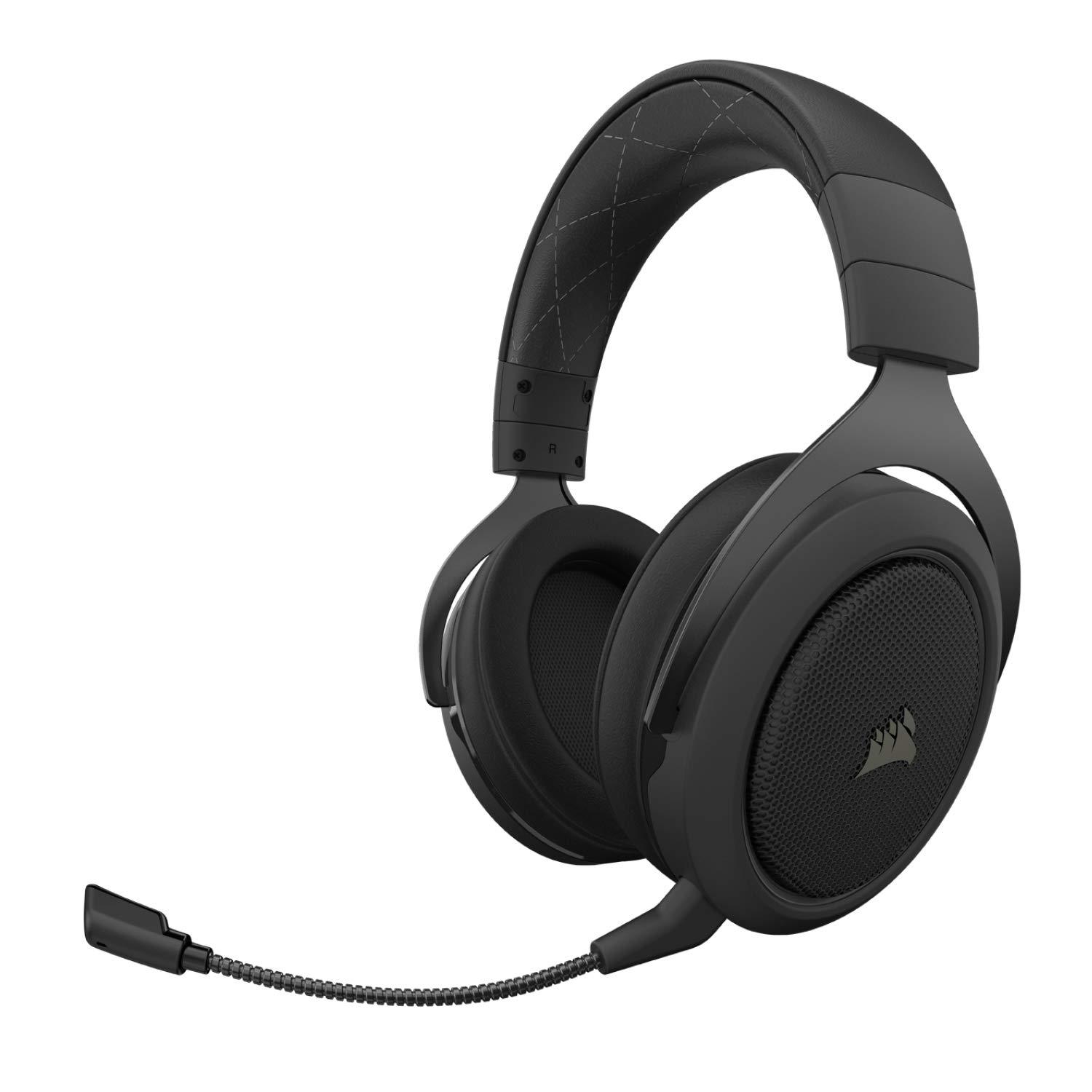 The Corsair HS70 (read our review) was one of the first cheap wireless gaming headsets, and it’s only gotten better with the upgrade to the HS70 Pro. You can use it for both PS4 and PC, with support for 7.1-channel surround sound on the latter.

You’re getting a well-crafted headset with a headband and ear cups that are both made of an incredibly plush memory foam material, so you won’t find many gaming headsets more comfortable than the Corsair HS70 Pro. If you want to go wireless and stay on budget, this is the best option for you.

Loads of Features for Little Money 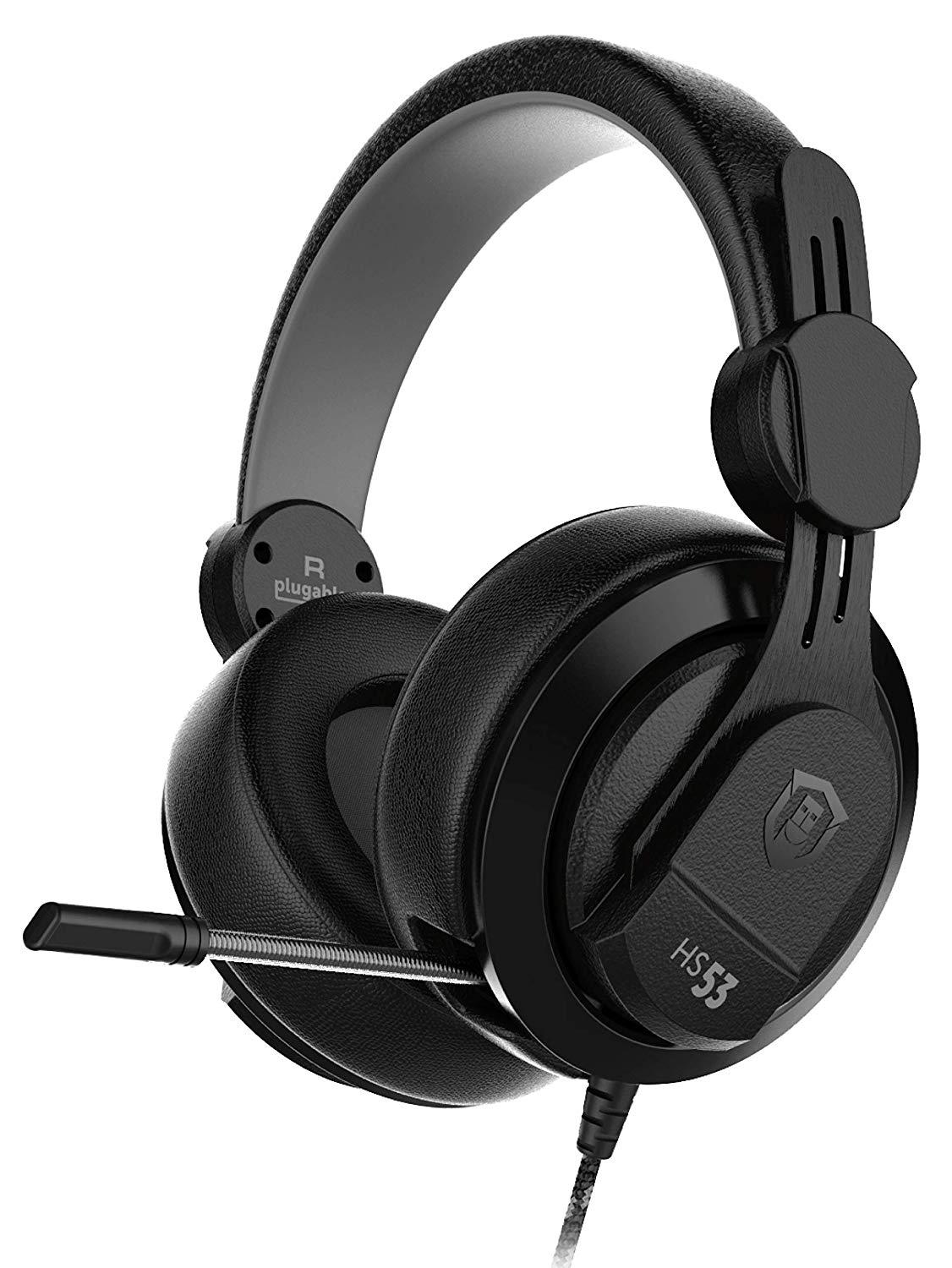 The Plugable HS53 (read our review) is ever so slightly more affordable than most of the budget gaming headsets on this list—with a price hovering around $45—but it has some niceties we wouldn’t expect from a peripheral this cheap. For one thing, the frame connecting the memory foam ear cups is made of brushed metal. It also has a retractable boom mic, which is always handier than the detachable ones. 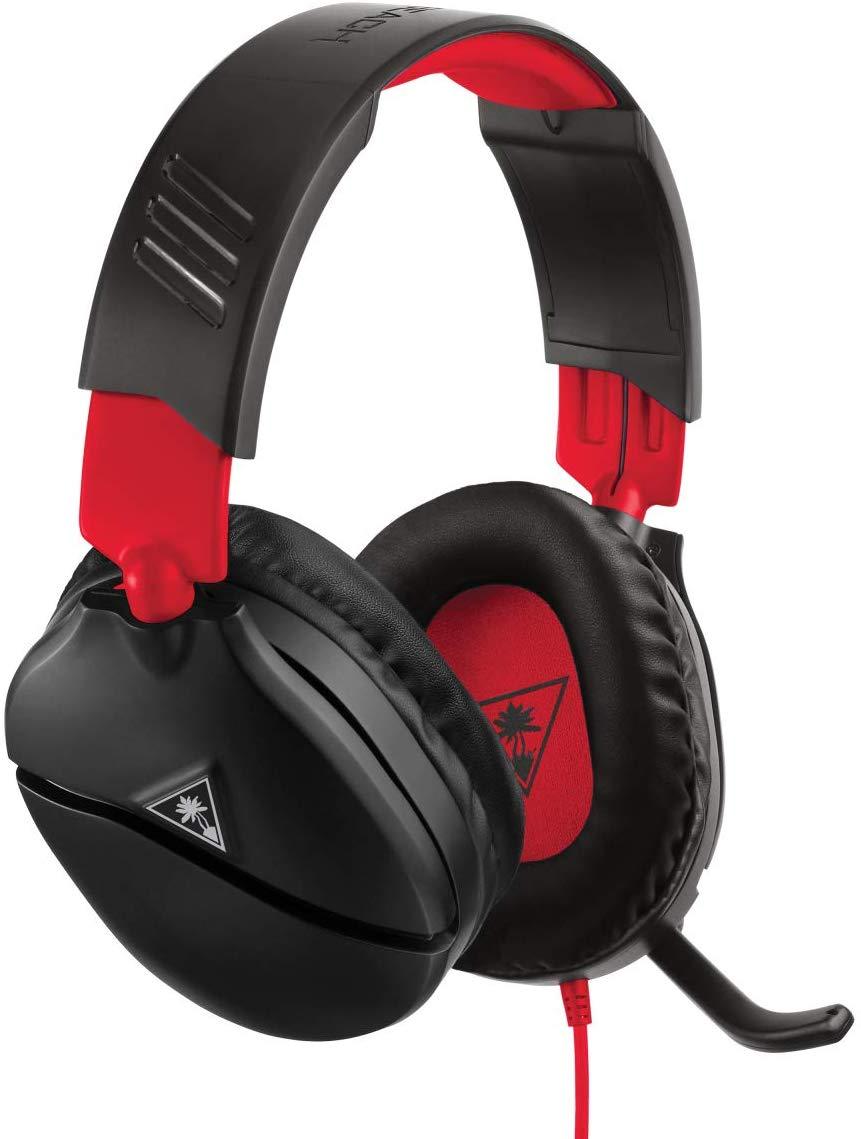 Turtle Beach is well known for producing quality and affordable gaming headsets, and the Recon 70 (read our review) is a great choice if you want something that can connect to anything. Whether its a Nintendo Switch, Xbox One, PS4, or gaming PC, this set of cans will work with it and, more importantly, you’ll get great audio too.

The Turtle Beach Recon 70 presents dynamic game music and clear dialog. What’s more, all the sound effects you’ll hear coming out of these ear cups are crisp and powerful, exactly what you’d expect from any good gaming headset.

Wireless Audio on the Cheap 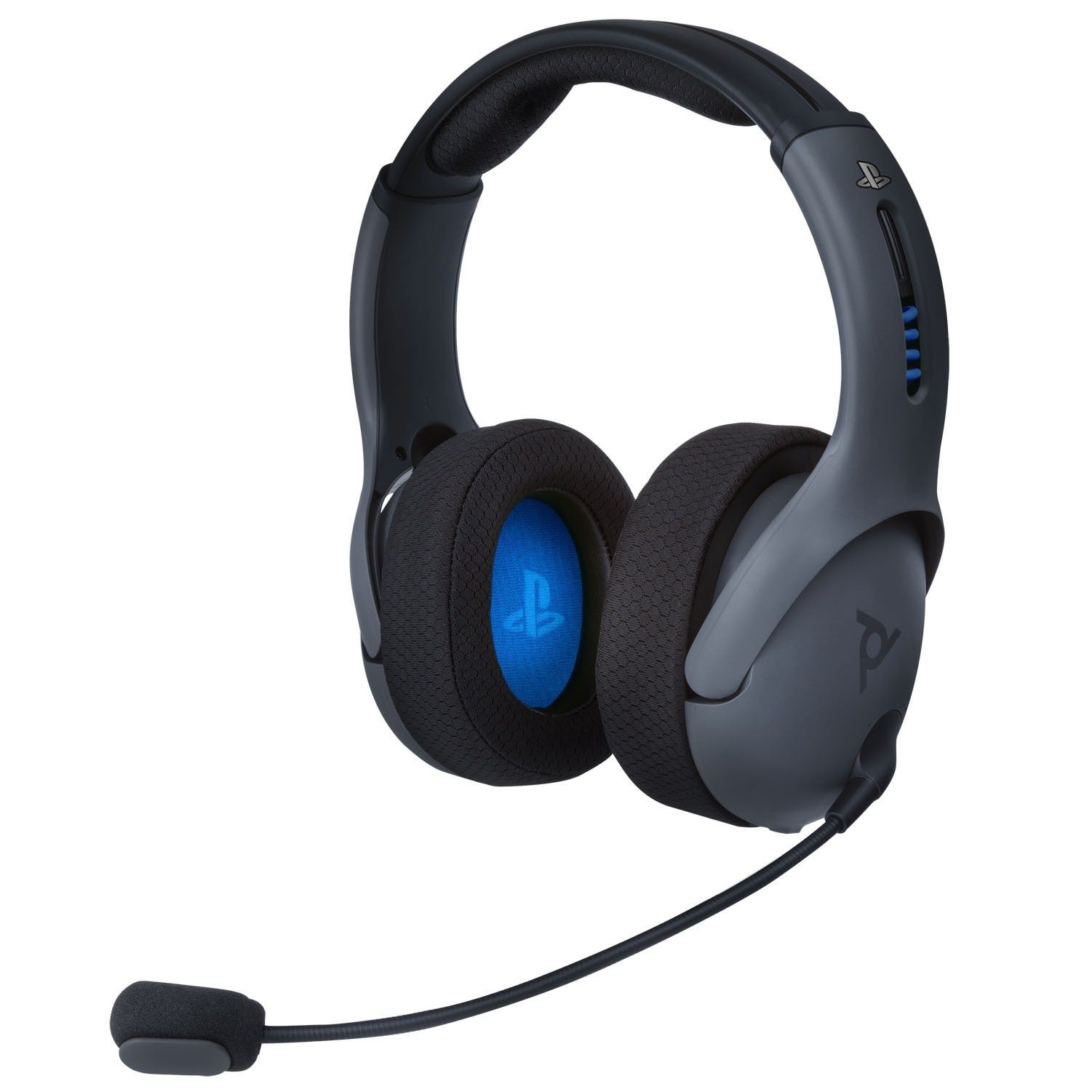 With the PDP LVL50 (read our review), we’ve come to another affordable wireless gaming headset option. It’s a stand out $80 headset that’ll work with the Xbox One, PS4, and PC thanks to its dedicated wireless dongle that makes setup easy.

This pair of cans push out some seriously loud audio, to the point that we had to keep the volume nob at 50% most of the time. There’s no fancy surround sound here, but positional audio was still pretty good even with just stereo. The only thing holding back this wireless gaming headset is its all plastic and sometimes creaky build quality. 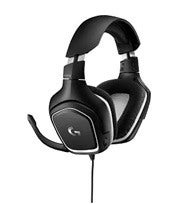 Logitech has a powerful, budget headset on its hands with the Logitech G432 (read our review), but you can get even cheaper without losing too much by switching to the Logitech G332. The two headsets are almost indistinguishably aside from the G432’s inclusion of a USB dongle that lets it connect with software on PC for virtual surround sound. The G332 skips that dongle and just goes for a standard wired connection. Otherwise it still has the big ear cups with 50mm drivers and clear, flip-up mic. So, unless you want that surround sound for PC gaming, you can save $20 and go with the cheaper G332. 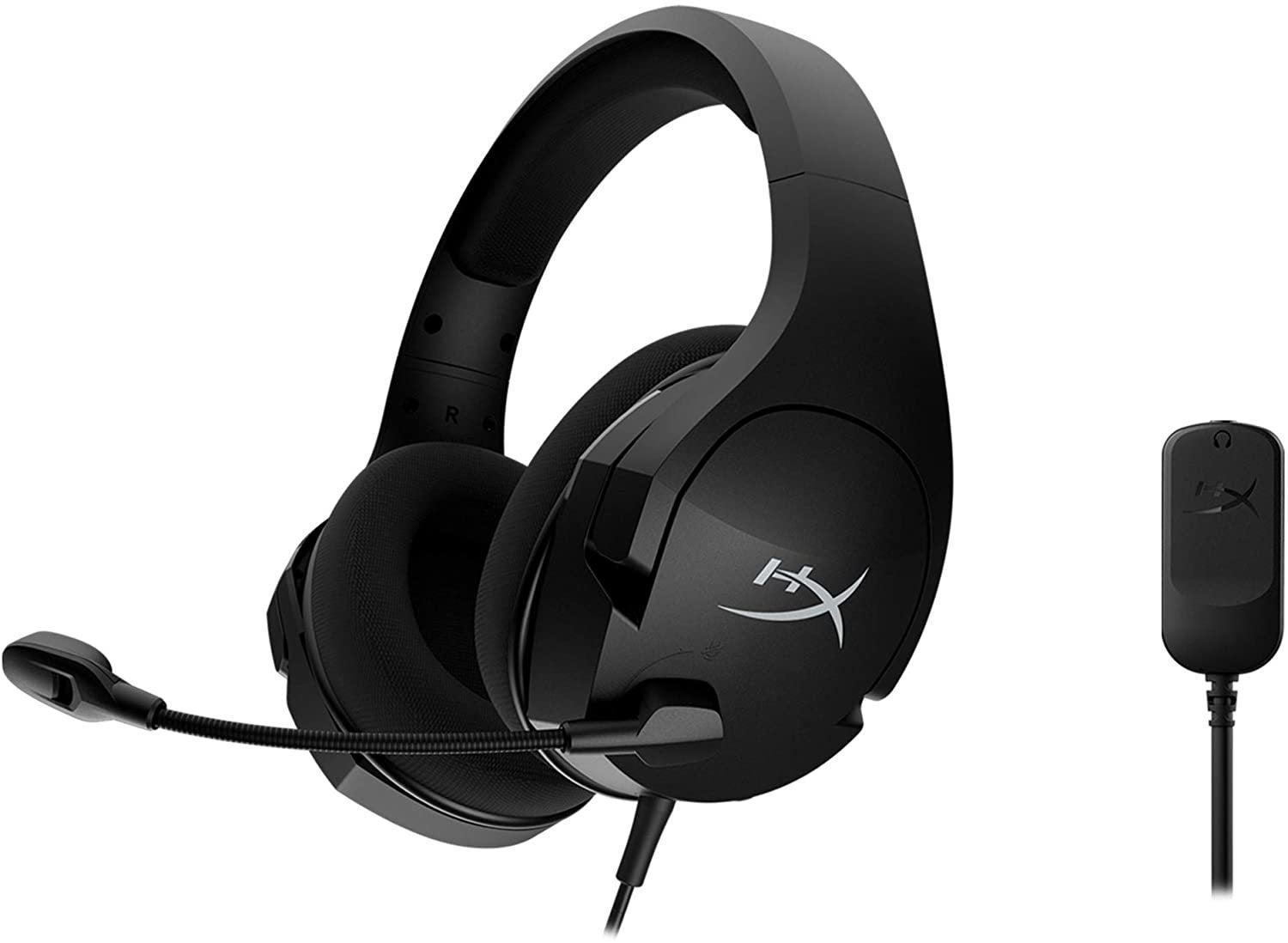 HyperX’s Cloud Stinger design has become more affordable than ever with the new Cloud Stinger Core models, and you can top it off with virtual surround sound for a solid combination of comfort and audio. The HyperX Cloud Stinger Core 7.1 offers up a lightweight design at just 240 grams, so you’ll barely feel it on top of your head, but its 40mm drivers will make sure you hear it.

Where to Get the Best Budget Gaming Headsets in the UK

Finding the right gaming headset can be a match made in heaven, but you don’t need to pay above and beyond to find your lucky set. Out of all the headsets we’ve tested on this list, every single one is available to pick up in the UK, and at a reasonable price. Whether it’s our favourite the SteelSeries Arctis 1, or the incredibly affordable Turtle Beach Recon 70, there is a headset ready and waiting for you. Don’t see the headsets below? Click here.

What to look for in a Budget Gaming Headset

We’ve picked out the cream of the crop when it comes to budget gaming headsets, but you can still run into a lot of bad apples. Here we’ll tell you about a few things you should expect from this market of cheap gaming headsets including build and sound quality.

Of the budget gaming headsets we’ve tested, we found that build quality can run the gamut between flimsy and cheap to super sturdy to the point of being almost too heavy. Of course, you’ll also get better build quality as you move up the price scale—less molded plastic and more metal. If you can check out these gaming headsets in store, be sure to not just put them on but give them a decent stretch (without snapping them in half!) and see if it creaks at all.

Although you will find scratchy fabric ear cups on some models, you’ll also encounter smooth synthetic leather and soft fabric, too. When it comes to leather vs fabric, it all comes down to your preference, but know that leather offers more sound isolation while fabrics are more breathable. Also be on the lookout for memory-foam padding as it offers the cushiest, most comfortable fit against your head.

Sound quality can be impressive across the board, though the tendency we found across the category was to favor low frequencies instead of highs or mids. You’ll get cleaner highs and better separation between mid and low frequencies in the midrange gaming headsets or higher class peripherals.

Kevin Lee is IGN’s Hardware and Roundups Editor. Follow him on Twitter @baggingspam Mark Knapp is a regular contributor to IGN and an irregular Tweeter on Twitter @Techn0Mark