Home
Gaming
How to Make Money in Red Dead 2: Tips and Exploits
Advertisement 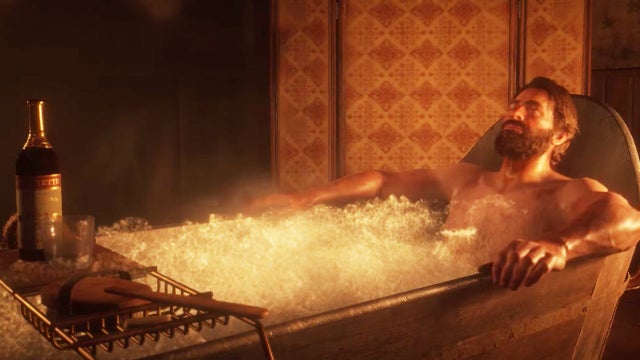 Making money comes with the job in Red Dead Redemption 2. As in, after most main missions, you’ll walk away with at least some cash. But there are some additional activities to complete in RDR2 to load up on cash quickly. Here’s how.

You can start finding treasure early in the game. There are a lot of Treasure Maps to find in the world, and they lead to expensive things like pearl necklaces, gold, cash, and sometimes, more treasure maps. Check out the Treasure Maps page on how to find these valuable papers, and for solutions on how to solve them.

In Chapter 2 you can make $1000 by starting the first series of maps.

Gold bars (ingots) can be found throughout the world, and they’re incredibly valuable. You can sell them for $500 each at a Fence.

See Gold Bar Locations and Where to Sell Them page to find them all.

You can make $500 with at least one Gold Bar in Chapter 2 very easily. You must beat The Spines of America in Chapter 2 to unlock the first Fence so you can sell said bar. 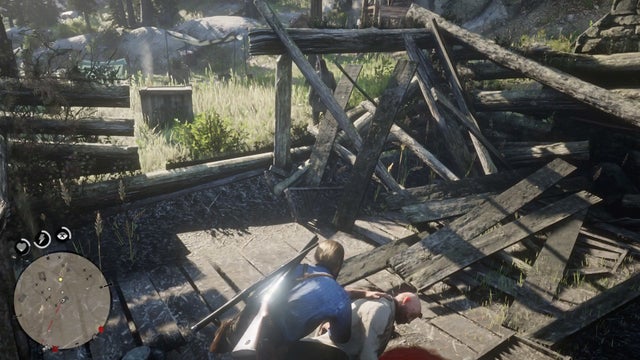 It can be tempting to finish missions as fast as possible, especially considering that looting every. single. body. can be pretty time consuming, but we promise it’s worth it. Those gold wedding rings, silver heirloom watches, and platinum belt buckles, really add up in value. We never said it was honorably, but it’s a great way to make easy money. You’re going to kill them all anyway, right?

You can use your Eagle Eye sense (press both sticks) to see dead bodies. Don’t let your crew loot bodies before you!

4. Sell Everything… at a Fence[edit] 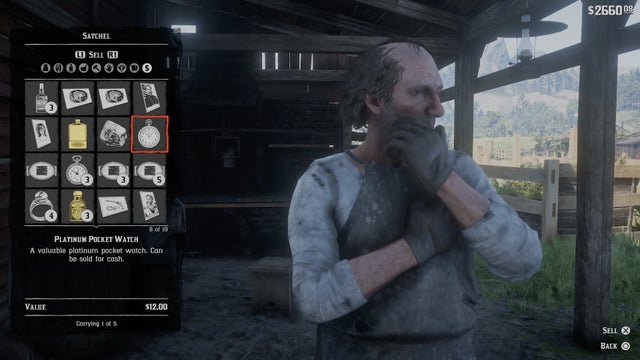 Once you loot those dead bodies, and steal stuff, like this $500 gold ingot, you’ll need a place to sell them.

Like we mentioned before, that stagecoach fence in Emerald Ranch will probably be the first to buy stolen goods from you, but there’s more. Here’s a few of their locations:

Once you get to these towns on your map, the symbol for fences will appear. 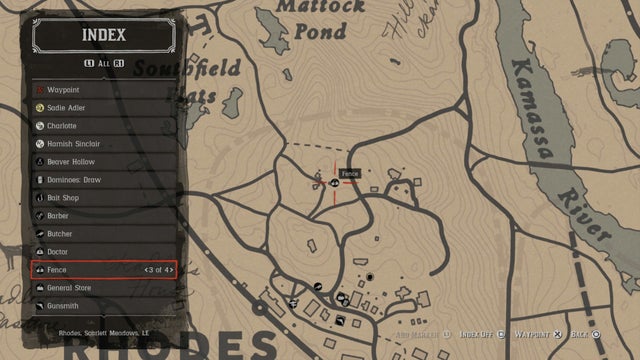 You must beat The Spines of America in Chapter 2 to unlock the first Fence. 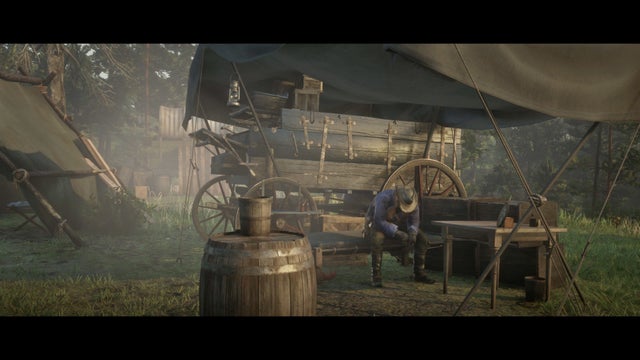 Story missions really do give you your biggest payday, and if you play them right, you’ll usually walk away from you black-hatting without a serious or concerning bounty.

These will also unlock fences that will buy your stolen goods.

Here are just a few story missions that give you decent, or huge, paydays: 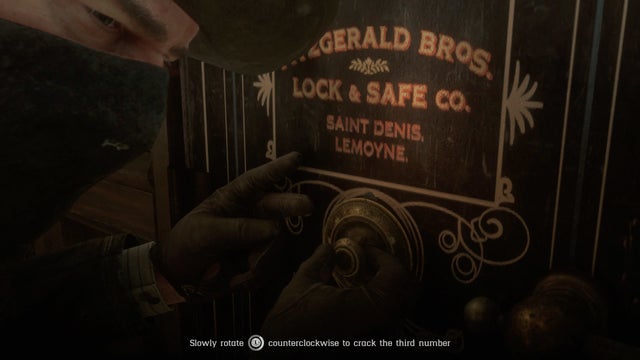 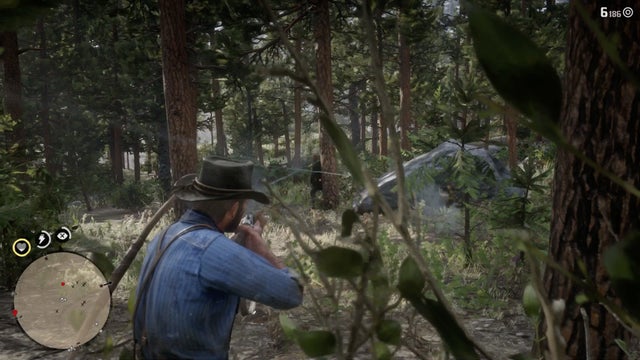 Okay, yes, kill rival gangs, but only if they start it. If you antagonize an O’Driscoll into fighting you, you’ll get a bounty for killing them.

Anyway, the goal is to just kill them and loot them for their stuff to sell at fences.

This is a later game strategy but you can start doing this in Chapter 2. 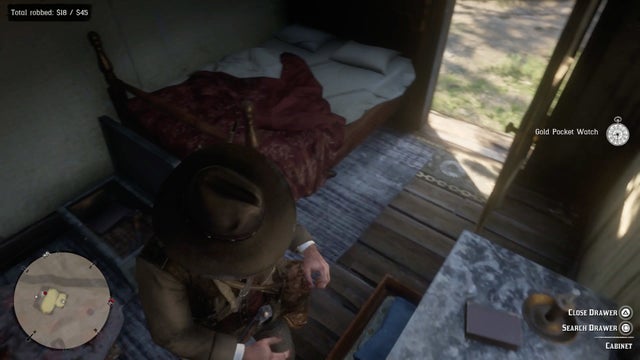 Sometimes, you’ll be offered by a friend to go rob a house, like Javier does in in Chapter 2.

You can do these side missions, or you can stealthily rob houses on your own. This is a bit risky if they’re occupied, but when they’re empty, just make sure to close the drawers and chests you open to prevent detection.

These start to appear after Chapter 3.

This is easier said than done. There are random encounters that involve sketchy characters asking for your help in making a quick buck. Usually, they’re just going to rob you. We’ve lost $900 this way – a 1/3 of our wealth.

When it doubt, save your game, then go on the sketchy adventure.

You won’t be at risk of a robbery until Chapter 2. 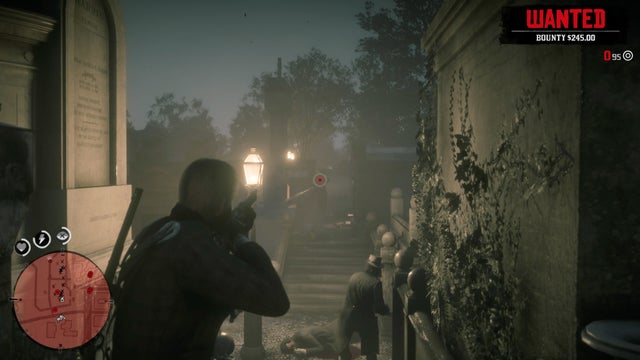 Sometimes, you might accidentally run someone over with a horse, and the law will be on your tail. Just run away, and change your appearance.

Don’t fight the law – you’ll get an additional $30 bounty per person you kill – and that’s how you really dig yourself far, far into an expensive as heck hole.

If you do rack up a bounty, see How to Get Rid of a Bounty. Basically… you’ll have to pay it.

You can’t rack up a bounty until Chapter 2.

There are a few random things you can do to make a quick buck.

Was this guide helpful?