The first issue comes out in February.

Entertainment Weekly reports Boom! Studios imprint Archaia is publishing the first comic based on the movie. The series, which is simply titled Jim Henson’s Labyrinth, hails from writer Simon Spurrier and artist Daniel Bayliss and will follow Jareth the Goblin King’s childhood and origins. The character was played by the late David Bowie in the 1986 film. 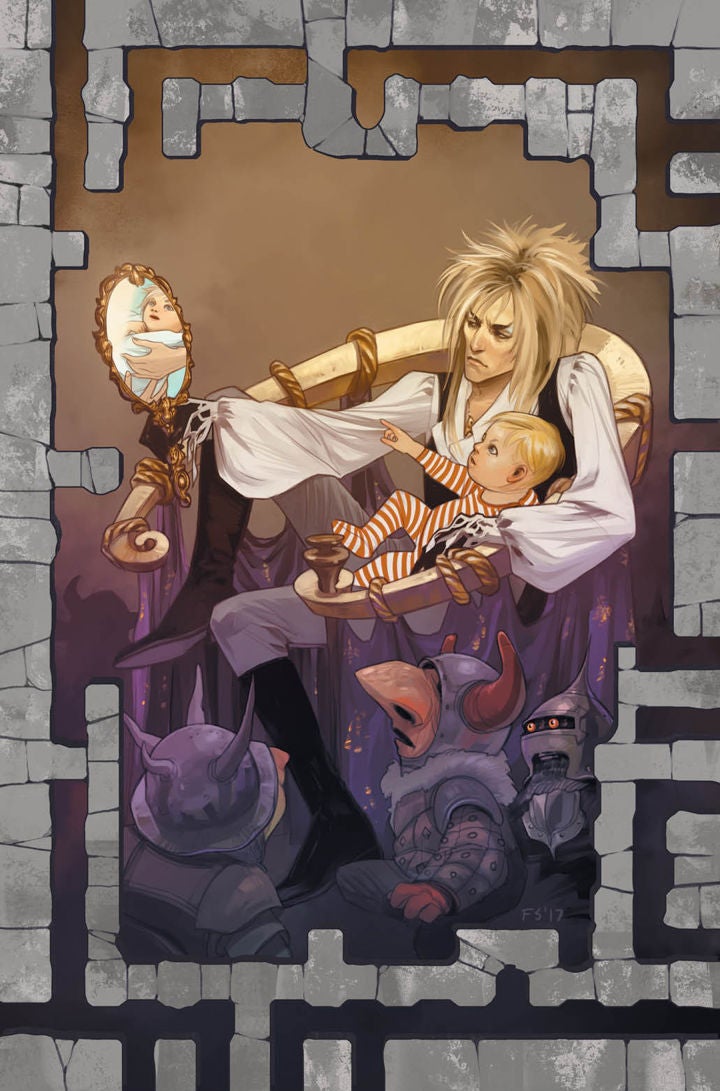 The comic series sees the Goblin King recount his childhood to Toby, the baby brother Jenner Connelly’s character Sarah tries save from the Goblin King in the movie. Readers will also be introduced to the Goblin King’s parents for the first time, who lived during 18th-century Venice.

“It’s the backstory of how Jareth came to be in the Labyrinth himself,” Lisa Henson said, CEO and President of The Jim Henson Company. “The Goblin King, he’s not a goblin, he’s human. Many people have asked, ‘Well, how did he get there?’ So, that’s something that we thought we would explore.”

The first issue of the comic goes on sale in February 2018. Fiona Staples will be doing the main cover, with a subscription cover by Rebekah Isaacs, and variant covers by Laurent Durieux, Jill Thompson, and Bill Sienkiewicz. You can check out some of the covers above.