“And I thought I’d already had the s***test day of my life.”

The eight-episode second season of Netflix’s The End of the F***ing World will be released on November 5; UK viewers can stream it starting November 4 on All 4.

Netflix announced the return date for the dark comedy on Twitter, alongside the poster seen below and a caption teasing what’s to come: “I’m Alyssa. I’m nineteen. And I thought I’d already had the s***test day of my life.” 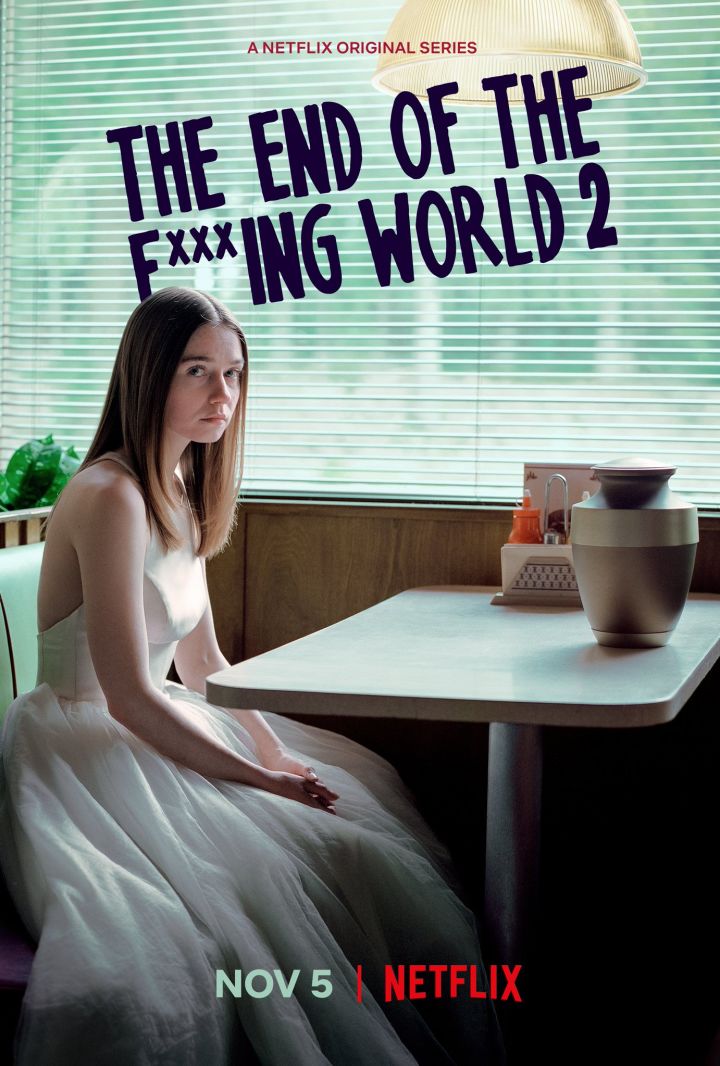 According to Channel 4, where the series airs in the UK, Tim Key has joined the Season 2 cast as a motel owner named Gus. Key joins previously announced newcomer Naomi Ackie (Star Wars: The Rise of Skywalker), who plays Bonnie, “an outsider with a troubled past and a mysterious connection to Alyssa.”

Spoilers for The End of the F***ing World: Season 1 below:

Season 1 debuted on Netflix in early 2018 and ended on a potentially fatal cliffhanger, when law enforcement finally caught up to Alyssa and Alex Lawther’s James. The new poster — namely the urn in the new poster — plays into that cliffhanger, though we won’t definitively know of James’s fate until Season 2 is released in November.

IGN’s The End of The F***king World: Season 1 review called it “f***king brilliant.”