After you vote, reward yourself with a new game or two!

With so many new games and movies coming out, it can be hard to keep up. Lucky for you, IGN is here to help with a weekly round-up of the biggest releases each and every week. Check out the latest releases for this week, and be sure to come back next Monday for a new update.

Note: The prices and deals compiled below are accurate at the time we published this story, but all are subject to change. 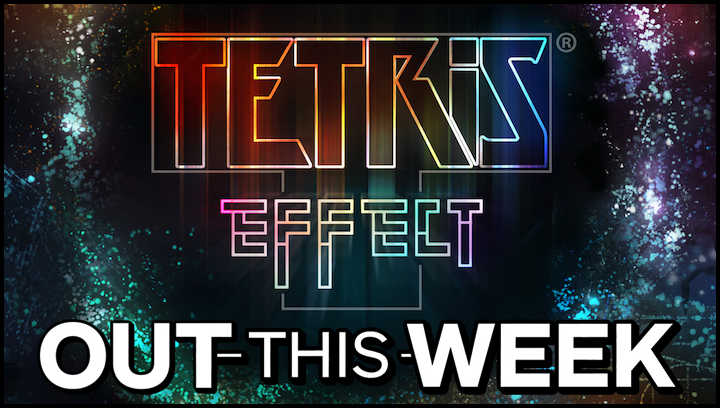 Produced by Starbreeze and developed by Overkill, this chapter in The Walking Dead saga features a cooperative, first-person, action-based survival experience. The game (which is unrelated to the TV series and instead is a new storyline strain based on the comics) explores new characters and story events, and offers elements of action, role-playing, survival horror and stealth all in one harrowing experience where survivors fend for themselves in a post-apocalyptic world dominated by flesh-eating walkers.

In the enchanting RPG World of Final Fantasy, players follow the journey of siblings, Reynn and Lann, as they enter the world of Grymoire and encounter a multitude of familiar Final Fantasy characters and monsters. World of Final Fantasy combines classic RPG gameplay mechanics with fresh and imaginative toy-like visuals. Capture and raise familiar Final Fantasy beasts (such as cactuar, chocobo, and behemoth) to discover alternate forms and learn new abilities. With an inviting approach to gameplay, this game can be enjoyed by both fans and newcomers to the series.

As an unseen faerie summoned by a young girl in a secluded boarding school, you must prove its existence and build a unique bond with the students through clever interactions. As the mystery of the story unfolds, the spirit must use its ability to manipulate the forces of life and time to change the fate of the pupils. Move around in frozen time, collecting various bits of information that serve to unfold an overarching mystery. Déraciné is the VR debut from director Hidetaka Miyazaki and FromSoftware. The story is a new take on classic adventure games and utilizes PS VR’s technology to take gamers on an entirely unique and personal experience.

Finish your journey through the worlds of ARK in Extinction, where the story began and ends: on Earth itself! An Element-infested, ravaged planet filled with fantastical creatures both organic & technological, Earth holds both the secrets of the past and the keys to its salvation. As a veteran Survivor who has conquered all previous obstacles, your ultimate challenge awaits: can you defeat the gigantic roaming Titans which dominate the planet, and complete the ARK cycle to save Earth’s future?

Inspired by the unbounded Rollcage racing games, Grip: Combat Racing marks a return to the hardcore combat racer — bristling with heavy weapons and packing ferocious speed, this is an intense sensory driving challenge. Hit speeds of up to 700 km/h while driving on floors, walls, and ceilings — anything you can get your tires on to keep the hammer down! With the specialized all-terrain design of Grip vehicles, flipping the car over no longer means game over! From hostile, icy worlds to outlandish, non-terrestrial cities, Grip’s locations provide racing experiences different from anything you’ve raced through before. Choose the best vehicle from a roster of armored, customizable cars, and equip them on the fly with an array of power-ups and weapons. With destructible structures around each track to use against your opponents, along with a variety of possible routes on each track, you have to use your wits as well as your skills to win.

Vikings face off against Persian and Demon armies in ferocious battles across the globe in Swords & Soldiers 2 Shawarmageddon, a strategic multiplayer lane defense game. Push the enemy back and smash their base with a legion of distinct units, spells and structures. If your opponent’s base still stands after all that, break the deadlock with one of the powerful heroes. This follow-up to Swords & Soldiers HD improves upon the original Swords & Soldiers 2 with expanded and refined gameplay. A 10 hour single player campaign sees you race against time to stop a tasty but terrifying apocalypse and is further bolstered by plenty of bonus challenges and mini-games. What begins as a simple mission to recover your favorite shawarma snack becomes a battle to prevent Shawarmageddon! Along the way you’ll also collect units, spells and structures, which will allow you to build your own crazy mix by using the custom army feature. Build the army of your dreams – even use units from all three factions at once! Then, once your beard has grown and your swords sharpened, you can test your mettle either in local multiplayer or against other chieftains from around the world in online multiplayer!

Brawlhalla is a 2D platform fighting game. An eternal battle arena where the greatest Legends ever brawl to prove who is the best that ever was, is, or will be. Every match is an epic test of skill, speed, and strength, and every victory brings glory and bragging rights to the winner.

Strapping on your spiked shoulder pads for all-out motorbike action! Steel Rats is a 2.5D action arcade game that fuses destructive, octane-fueled motorbike combat and death-defying stunt gameplay, set in a visually stylized retro-future world. Join the Steel Rats, a larger-than-life punk biker gang who once ruled the streets of Coastal City and now find themselves as the last line of defense against an invading horde of destructive and constantly evolving army of junkbots. Choose your character, and unlock new special abilities and customizable bikes to fight with style through vast areas of the city in a deadly mix of speed, agility and firepower.

Moonlighter is an Action RPG that follows an adventurous shopkeeper that secretly dreams of becoming a hero. During an archeological excavation — a set of Gates were discovered. People quickly realized that these ancient passages lead to different realms and dimensions. Rynoka, a small commercial village, was found near the excavation site– providing brave and reckless adventurers with treasures beyond measure.

From Tetsuya Mizuguchi and the creative team behind Rez Infinite and Lumines, Tetris Effect is an evocative spin on the classic puzzler with 30-plus stages that take players on a wondrous, emotional journey through the universe, from deep beneath the ocean to the furthest reaches of outer space and everywhere between. Named after the real-world phenomenon where players’ brains are so engrossed that images of the iconic falling Tetrimino blocks (i.e. the Tetris playing pieces) linger in their vision, thoughts, and even dreams, Tetris Effect amplifies this magical feeling of total immersion by surrounding you with fantastic, fully three-dimensional worlds that react and evolve based on how you play. Music, backgrounds, sounds, special effects — everything, down to the Tetris pieces themselves, pulse, dance, shimmer, and explode in perfect sync with how you’re playing. The core of the game is still Tetris—one of the most popular puzzle games of all time—but like you’ve never seen it, or heard it, or felt it before.

Lucas M. Thomas assembles Out This Week every week, and when he’s not doing that, he’s assembling magazine pages as the Editor-in-Chief of Nintendo Force Magazine. New subscriptions available now through Patreon! You can follow him on Twitter, @NintendoForce.