But it’s also one of the riskiest moves the franchise has taken in some time.

When the news came this weekend that Patrick Stewart will indeed be reprising his iconic role as Jean-Luc Picard in a new Star Trek series for CBS All Access, the internet went crazy with PatStew love. The reaction to the announcement was overwhelmingly positive, and it showed just how important Star Trek: The Next Generation is not just to Trekkies but also to more mainstream audiences. And indeed, the reveal that Jean-Luc is returning is certainly one of the best things to happen to Star Trek in — dare I say it? — decades. Though, all the same, it’s also one of the riskiest moves the franchise has taken in some time.

Of course, bringing Picard back (let’s stop calling him Captain Picard for now, as chances are he won’t be a captain on the new show) is but the latest revival of a classic movie/TV character or series in the past several years. Everything from Twin Peaks to The X-Files to Evil Dead has received a modern-day sequel, to varying degrees of success. But frankly, getting the 78-year-old Stewart to sign on to a new Star Trek show always seemed like the longest of long shots, akin to creating a static-warp shell in order to build a subspace barrier between time and anti-time… which, come to think of it, Picard did pull off. So why not bring back Stewart for a new show? 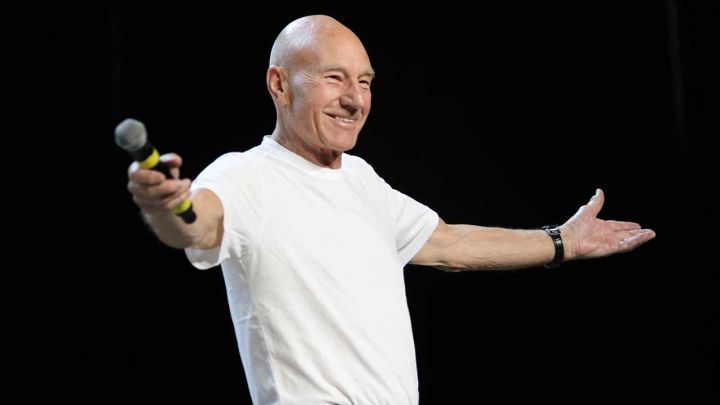 The fact is, the actor doesn’t need this new show. He’s surely doing fine financially, he avoided the “I am Spock” trap that many Star Trek actors have faced, proving himself in a wide variety of film, TV and theater projects after TNG ended. He was even knighted! And perhaps best of all, he’s become a darling of pop culture thanks to social media and his public persona. If anything, returning to Star Trek is a risky endeavor for Stewart.

Look at the shows cited above. The return of The X-Files had a mixed reception at best. Ash vs. Evil Dead was fun but, let’s face it, never quite recaptured the magic of the original films. And Twin Peaks, while deeply fascinating for many fans as a continuation of series co-creator David Lynch’s many cinematic tics and obsessions, was so very, very different from the original show that just as many other fans quite simply couldn’t get into it. The bottom line is reviving a beloved character or show decades after they ended their original run is an extremely dicey proposition, one facing not just the usual creative dangers of any production, but also the prospect of retroactively ruining — or at least marring — the classic show/character that has come before.

And yet, here we are. Patrick Stewart is returning as Jean-Luc Picard. When announcing the news at the Star Trek Las Vegas convention over the weekend, the actor said that they haven’t even begun writing scripts for the show yet. Little is known about the series other than that it will follow Picard 20 years after we last saw him, but the fact that Stewart is also an executive producer on the show and is involved in story discussions about it at this early stage is heartening. While he’s of course not a writer himself, the man has lived with Picard since before TNG debuted in 1987. He knows the character perhaps better than anyone, and his involvement in steering the overall direction of where Picard goes next is going to be key here. (Also, let’s not forget that Pulitzer Prize-winning author Michael Chabon and long-time Trek scribe Kirsten Beyer are also key players on the show.)

But also, this new Star Trek show will be the first time since Star Trek: Voyager (and the film Star Trek: Nemesis) that we will see the future of the universe created by Gene Roddenberry. Star Trek has rather ironically been stuck in its own past for over 15 years now, first with Star Trek: Enterprise (set a hundred years before Captain Kirk’s era), then with the J.J. Abrams reboot (retelling new versions of Kirk’s early years), and most recently with Star Trek: Discovery (set 10 years before The Original Series). Finally, Trek will be looking forward again instead of back.

And, to be sure, Stewart wouldn’t have it any other way. In a Twitter statement timed to the news of his return, the actor said he’s ready to come back “to research and experience what comforting and reforming light [Picard] might shine on these often very dark times. I look forward to working with our brilliant creative team as we endeavor to bring a fresh, unexpected and pertinent story to life once more.” Stewart has made no secret of his misgivings about the state of the world these days, and he clearly sees this new Star Trek show as a vehicle to address and comment on it, and — who knows — maybe even help to point us all in a more positive direction. It’s what Star Trek, at its best, has always been about. And if anyone can make it so again, it’s Patrick Stewart and Jean-Luc Picard.

Talk to Executive Editor Scott Collura on Twitter at @ScottCollura, or listen to his Star Trek podcast, Transporter Room 3. Or do both!