Actor Domhnall Gleeson, who plays the villainous General Hux in the new Star Wars trilogy, calls the return of director J.J. Abrams to the franchise “very exciting for the fans of the film.”

I chatted with Gleeson on the phone today about his new movie American Made — look for my full interview with him in the coming weeks — during which time I asked for his thoughts on J.J. Abrams replacing Colin Trevorrow as the director of Star Wars: Episode IX.

“I can’t speak from any perspective except for the fact as somebody who likes the movies because it’s not been disclosed to anybody — because obviously nobody knows what’s going to happen with The Last Jedi — whether I’ll be involved in that film or not,” said Gleeson. “So I don’t think of it as somebody who’s necessarily involved or not involved, that’s just its own thing.” 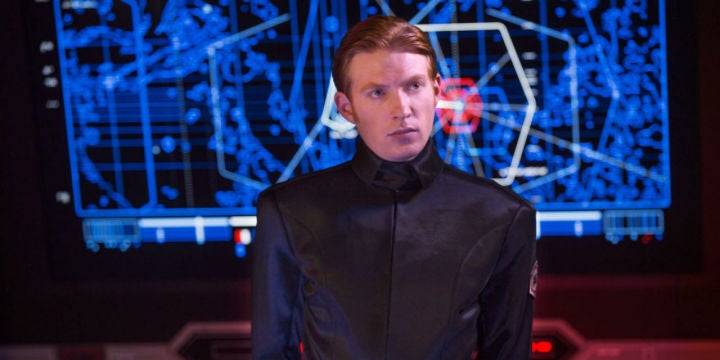 Gleeson — who first gained notice as “Bill Weasley” in the Harry Potter films before his major roles in The Revenant, Ex Machina, and Unbroken — was positive about the return of The Force Awakens’ J.J. Abrams to helm Episode IX. “And then with J.J., he’s a great director. I think that he did a brilliant job on the first one and it makes absolute sense why after they parted company with Colin that was the place they looked and I think it’s very exciting for the fans of the film that he’s back.”

For our thoughts on the Star Wars: Episode IX director switch, check out why J.J.’s return to the franchise has us divided.

Star Wars: The Last Jedi flies into theaters this December. The release of Star Wars: Episode IX has now been postponed to December 20, 2019. Gleeson’s next film, American Made, opens September 29.