Netflix’s gift to the world this Christmas is Bridgerton, an eight-episode season based on the bestselling romance novel saga by Julia Quinn. The first offering from Shondaland following showrunner extraordinaire Shonda Rhimes’s jump to the streaming service, Bridgerton is a lavish adaptation of one of the most popular Regency romance series in the genre. (Be sure to read our Bridgerton review.) It’s a veritable bingo card of romance goodies: a fake relationship that becomes so very real; meddling families; red-hot banter; societal drama; petticoats a-plenty; and, of course, sex. It’s the kind of show that, once you finish watching it, makes you wonder why it’s taken so darn long for a network (or, in this case, streaming service) to make something like it. The most conservative numbers position romance publishing as a billion-dollar-a-year industry, one made almost entirely by and for women, yet the genre remains the black sheep of literature. It’s the widely accepted punching bag of fiction that’s never commanded the legitimacy of even previously derided genres like science-fiction and crime. The general image of romance fiction is, even in 2020, an assembly line of derivative, badly written bodice-rippers designed to appeal to the lowest common denominator. To rub salt on the wound, the loudest backlash to romance typically comes from people who haven’t read a single romance novel and proudly admit so. 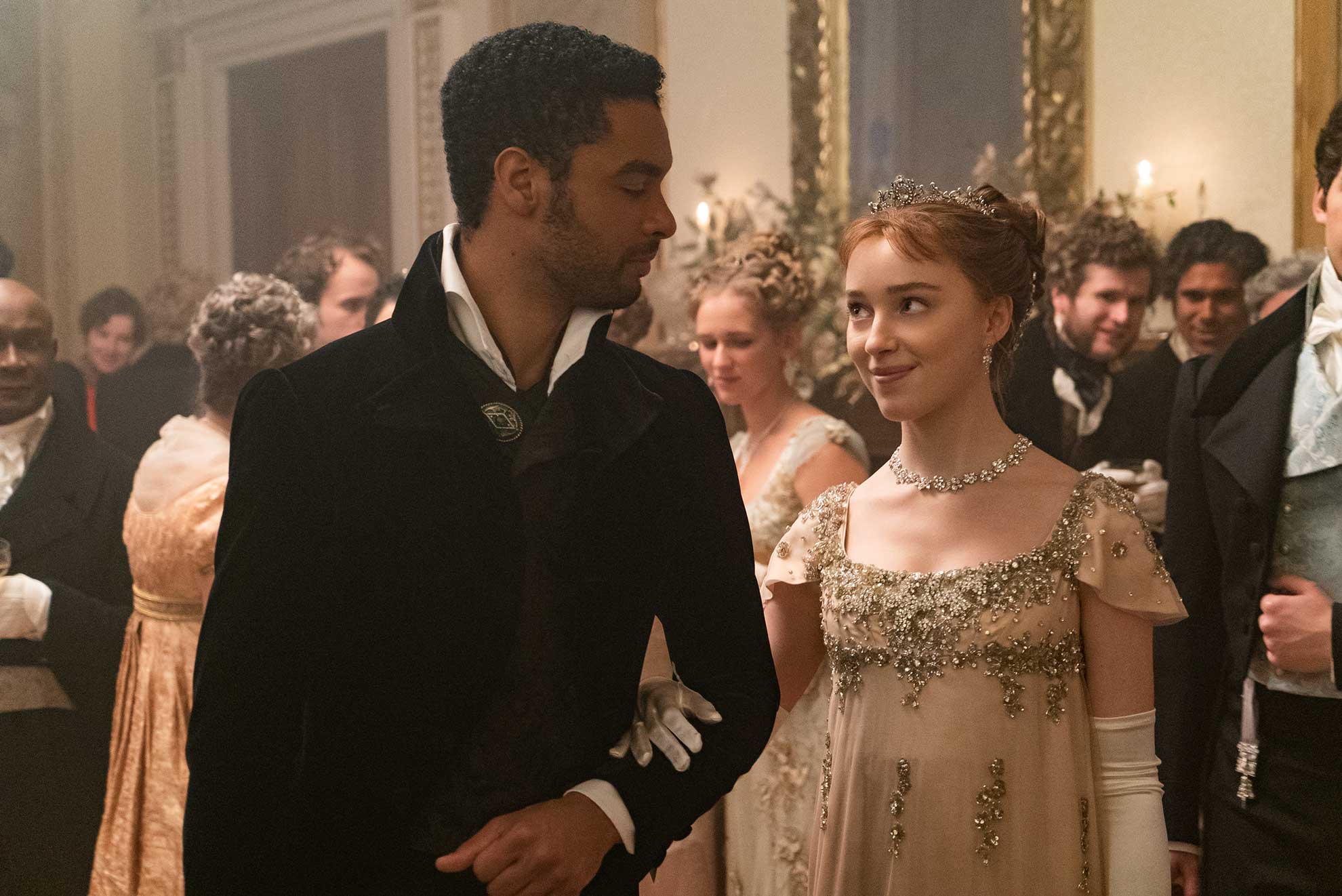 It’s easy to forget that, once upon a time, comic books were disregarded by doubters as worthless (and potentially dangerous) before a critical renaissance paved the way for the multi-billion-dollar industry of expanded universes that we have today. They were seen as lacking the heft to take on weighty subject matter, despite the obvious deep-seated socio-political foundations of work like the X-Men and Captain America.

Romance continues to outsell sci-fi, fantasy, and crime fiction, and much like comic books, there is a romance novel out there tailored to your type: Historical, paranormal, suspense, Western, horror, faith-based, fantastical, even dystopian. The options are limitless. Sarah Marrs, writer for Lainey Gossip and Decider, notes that romance is primed for the big and small screen: “As for why more romance novels should get the same treatment, there’s just no reason not to. We’re talking about one of the most consistently popular genres of fiction that branches into many sub-genres such as paranormal, sci-fi, and fantasy. All those things are popular. Rom coms are popular. Why not adapt romance novels, which are the nexus of all of those things?” For many years, romantic comedies were plentiful on the big screen, typically as star vehicles for actors like Julia Roberts and Reese Witherspoon. The genre fell out of favor by the mid-2000s as box office revenues fell, and eventually, such stories seemed to disappear from the screen altogether, particularly as the blockbuster mold evolved to encompass the current superhero trend. Over the past few years, however, rom coms have experienced a revival thanks to an unlikely source: Netflix. Some of the platform’s biggest hits over the past few years have been rom coms like Always Be My Maybe, To All the Boys I’ve Loved Before and The Half of It, so it’s no surprise that it would be the platform to stream the first honest to goodness romance novel adaptation — and trust in the tropes of the genre enough to get it so right on the first try. [widget path=”global/article/imagegallery” parameters=”albumSlug=netflixs-bridgerton-season-1-official-photos&captions=true”] That’s not to say romantic stories don’t exist on film or TV; it’s that stories by and for women that put women’s interests, desires, and aesthetics first are still seen as “niche.” Time and again success stories in Hollywood should have proven otherwise, from the explosion of Young Adult romance adaptations like Twilight, The Vampire Diaries and The Fault in Our Stars to the way networks like Lifetime, Hallmark and now Netflix have made entire seasons out of their holiday-themed romantic movies. Still, when it comes to the romance novel genre, it’s rare to see something like Bridgerton get greenlit, let alone unapologetically embrace all the drama, costuming and — again, of course — sex that have helped make the books such a hit. Like comic book stories are not just for men, romances are not just for women: Everyone wants to watch Captain America save the day but only girls care about whether Daphne Bridgerton and Lord Hastings will realize their love for one another? To make the comparison more apt, many popular romance novel series are as interconnected to their own multi-layered worlds as some comic book arcs. Narratives intertwine and characters reappear across multiple stories and locations. “Quinn’s novels are perfect for adaptation because it’s an interconnected world that’s not unlike a comic book universe, which is something viewers are really accustomed to at this point, so it’s an easy point of entry for the non-initiated,” said Sarah Marrs of Lainey Gossip and Decider. Quinn’s series gives one book to each of the Bridgerton siblings’ romance but also explores the changing world around them. We see this in effect in the show as various plot threads blend together and new ones are introduced, laying the ground for further stories. Characters you met or who were the focus of another book pop up in a later sibling’s love story, and there even are “second epilogues” that jump a generation ahead to offer new material to mine from. It’s not unlike what Marvel Studios did with their now-iconic cinematic universe, although there are, admittedly, less explosions. 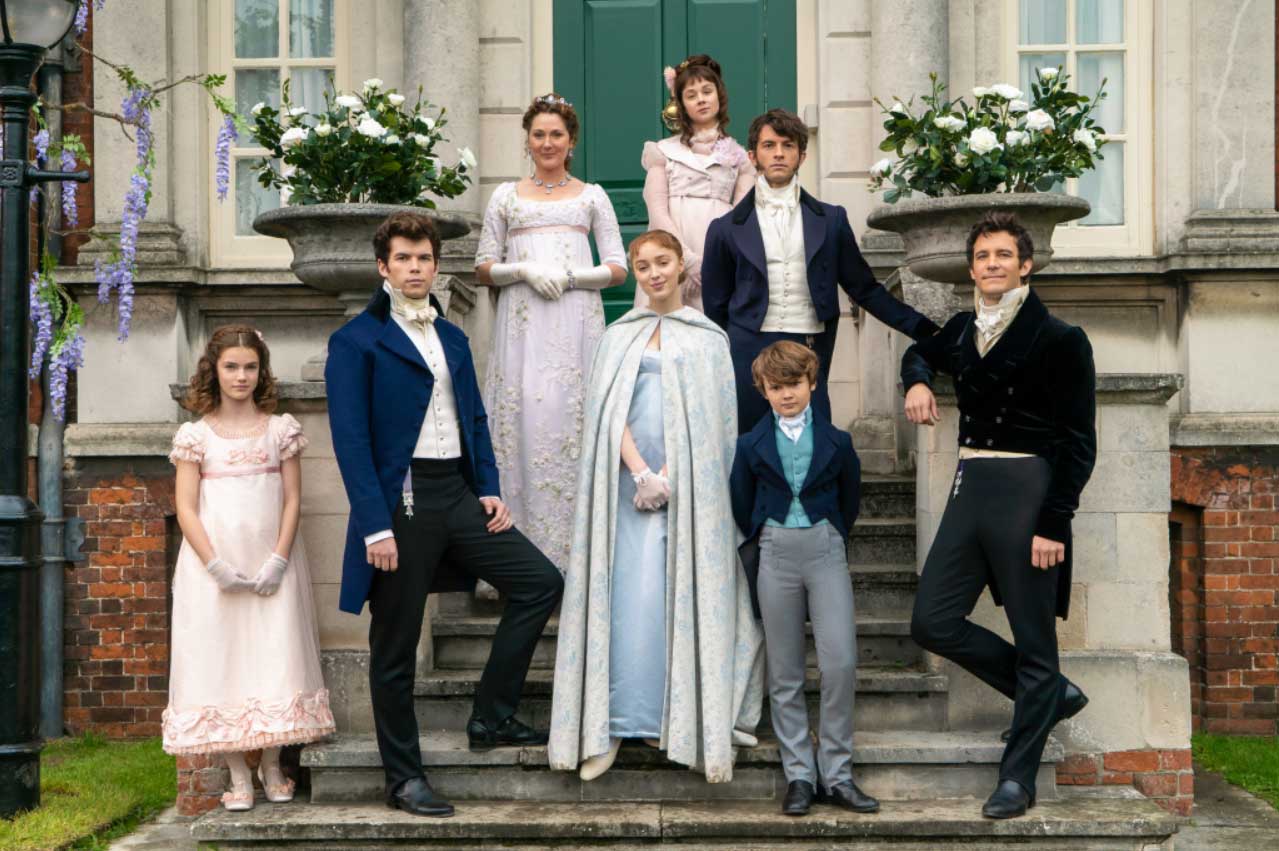 Many of the most popular romance series span many novels, spin-offs, prequels, and short story add-ons. They encompass dozens, sometimes even hundreds of characters, spread across time and location, with intertwining relationships that shape the world they inhabit. Meljean Brook’s Guardians series, for example, is eight books long (plus several short stories) and teases out a luscious, deftly developed world of angels, vampires, and demons that would put the scope of George R.R. Martin to shame. Like comic book arcs, these series spin off in multiple directions, change up the focus to encompass various characters, and always leave room for more. Bree Bridges, co-author behind the best-selling dystopian romance series Beyond, hopes that the buzz around Bridgerton will open the doors for romance beyond the familiar. “While we’ve recently seen a pretty cool rom com revolution on streaming networks, sometimes I’m frustrated that the vision for romance adaptable to the screen is so narrow. While romantic comedies are a classic film genre, they’re the tiniest sliver of what the romance genre in books has to offer. The Bridgertons are a crack in that wall, but I would love to see it bust wide open.” We’ve moved beyond treating sci-fi, crime novels, and superhero stories as frivolities, yet romance is left lagging behind, both in the public imagination and in the entertainment industry’s vision. Female-skewing audiences have proven time and time again that they will devote themselves to such material and be the kind of fanbase that’s become crucial in the oversaturated landscape of Peak TV. Just check out Twitter to see how high the hype for Bridgerton runs. MacKenzie Walton, an editor for Carina Press, notes the “voracious audience” for romance that the film and TV worlds have, willingly or otherwise, totally ignored. Whatever trend the TV world is chasing, the chances are there’s a bunch of romances that would be perfect for what Hollywood desires. Just as there are countless superhero stories to be mined for content, romance has a bounty of offerings on the table alongside it. The possibilities are limitless, but only if Hollywood is willing to pay attention. Like the world of comic books, however, such adaptations cannot be anything other than wholeheartedly committed. We had to suffer through a lot of shlock with capes before we got to The Dark Knight and Black Panther, but once those stories found their way to creators and producers with the focus, dedication, and genuine love of the source material (as well as the required funds to do it right), the game changed forever. Get romance novels into the hands of people like the Bridgerton team, writers and directors who don’t scoff at love stories and the drama within, and it won’t take long for magic to happen. [ignvideo url=”https://www.ign.com/videos/2020/12/04/new-to-netflix-december-2020″]SOURCE: IGN.com